Philippine Infrastructure
On May 5, 2017

With the main objective of cutting down travel time from Cavite to Metro Manila, construction of the 11.7-kilometer Light Rail Transit Line 1 Cavite extension is set to start in June.

Once the P65 billion project is completed in four years, officials say travel time for hundreds of thousands of commuters will be significantly cut.

“The Cavite Extension will serve an additional 300,000 commuters and will significantly reduce travel time from Bacoor, Cavite to Manila from about two hours to about 40 minutes,” said Light Rail Manila Corporation president and chief executive officer Rogelio Singson at the project’s groundbreaking ceremony.

The extension, which is expected to increase the entire LRT-1 passenger load up to 800,000 daily, will have eight new stations connecting with Baclaran station, the final stop of the existing LRT line.

Of P65 billion total budget, Light Rail Manila Corporation will spend P35 billion while the Philippine government will shoulder the rest, a significant portion of which includes the delivery of 120 new train cars from Japanese manufacturers on a project that is supported by a loan from the Japan International Cooperation Agency.

Transport Secretary Arthur Tugade said in his remarks that the project was long overdue, having first been approved in 2011 by the National Economic Development Authority. LRMC, a consortium of Ayala Corporation, Metro Pacific Light Rail Corporation, and Macquarie Infrastructure Holdings, originally planned the construction to start in 2015 but right-of-way issues have held up project plans. 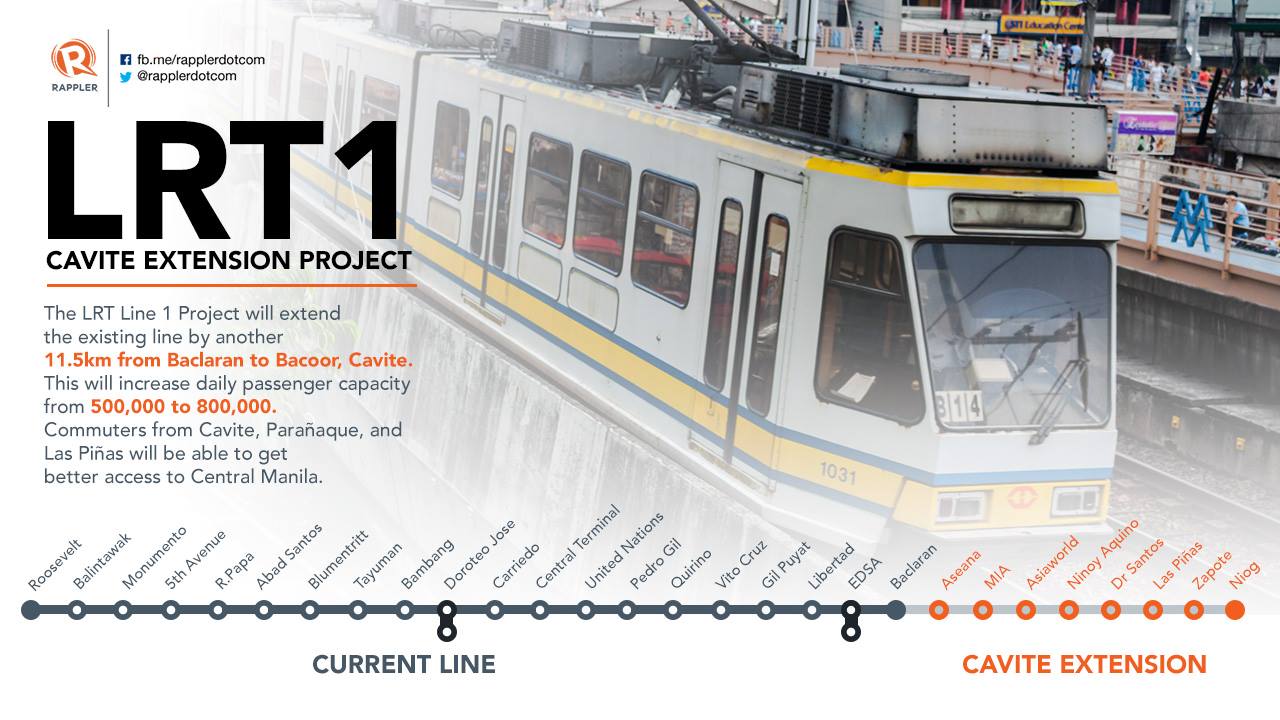 Making up for lost time, Tugade proposed construction to be round the clock, to speed up the project without compromising quality.